Dead hand- PERIMETER system- doomsday machine! In the worst case scenario, it will make the US and its allies a nuclear hell.

Have you ever heard of the PERIMETER- DEAD HAND system of last ditch retaliatory nuclear strike? It’s a child of the cold war , designed to provide an automatic retaliatory strike in the event of a nuclear attack on the Soviet Union on all targets that were pre-specified in the system. The system operates autonomously, without „any“ human intervention after losing contact with command posts, or detecting a large number of nuclear strikes on Russian territory.

On August 21, 1957 the first intercontinental rocket R-7 was launched from Baikonur , flew 5600 km and delivered a warhead to the KURA polygon. This was a year before the US succeeded. Since then, atomic weapons have enjoyed a great boom, as have their rocket launchers, which could carry more than a dozen nuclear warheads on a single missile, programmed to destroy several targets… Thousands of missiles on both sides of the Cold War states have raced against adversaries on land, from ships and submarines, as well as hundreds of long-range bombers, also capable of carrying atomic weapons. The strategies of both world powers were built on nuclear deterrence, but they also envisaged a first strike. In 1974, on 30 August, the USSR Government issued Decree No. 695,227, ordering the Design Bureau „Yuzhnoye“ to establish a backup command channel for the constructed strategic weapons command system. The latter, in the event of a first strike on USSR territory, must provide for the issuance of commands to launch a retaliatory nuclear strike. This was a COMMAND ROCKET, which would be launched in an automatic mode when predetermined criteria were met and would activate the entire retaliatory strike system. This system was given the name PERIMETER. It was made as a backup channel in case of destruction of the main nodes of the until then used KAZBEK command system, which connected the different parts and command posts of the command of the strategic forces of the USSR, according to the then US concept of a preemptive nuclear strike. This system itself evaluates a number of factors before launching a „command and control missile“ which, in automatic mode, launches a retaliatory strike. The PERIMETER SYSTEM was put on combat alert in January 1985.The U.S. has had its command and control station in the air continuously- 24 hours a day on eleven Boeing EC-135( later E-6B Mercury) aircraft since 1961, for thirty years until the 24. In 1995 the Russians withdrew the PERIMETR system from combat readiness, but in 2011( probably after the Arab Spring experience) the system was put back on combat readiness. Over the years of its existence, individual components have been replaced, with new carriers or command and control systems, but the principle of the „retaliatory last strike“ has remained.

The functioning of the system:

The then-developed 15П011 command rocket with a special warhead 15Б99(mass 1412 kg), which during flight issues launch commands to all launchers and all command posts of the strategic forces that have corresponding receivers. The command missile was built on the basis of the intercontinental missile 15A16, it has conducted seven test flights. It can operate in two modes. Autonomous command-and-control mode or at the command of the commander-in-chief of the armed forces.

One of the designers, Mr Vladimir Yarychin, said:

The system has been designed to be in a „slumbering state“ unless a high-ranking official with authority activates it in a crisis situation. At that point, the system will begin to independently monitor seven different types of sensors, seismic, radiation, atmospheric pressure, nuclear blast symptom transmitter. Before it launches a retaliatory strike, it has to check four things: whether the system has been activated, it will try to determine whether nuclear explosions have been carried out on Russian territory. If this proves likely, the system will check the link to the main command post. If there is a link, the system will automatically shut down between 15 minutes and an hour unless further signs of a nuclear strike are sensed. At that point, it assumes that officials are able to independently issue a possible counter-strike order. However, if the link is not confirmed the PERIMETR system decides that „judgement day has arrived“ and hands over the right to make the decision to launch the missile to any man( commanding officer) currently in the control center, bypassing the approval process by sequential approval through the vertical chain of command. However, this last step is unconfirmed and it is possible that the system may decide to launch the command missile on its own. There are several command missiles, deployed as part of missile regiments.

When the system was decommissioned in 1995, the 510 missile regiment armed with „command missiles“ was disbanded. Russia took this step on the basis of the signed „Convention on the Reduction of Strategic Offensive Weapons“ SVN-1 signed in Moscow on 30-31 July 1991. In December 2011, according to a statement by Lieutenant General Sergei Karakaev, Commander-in-Chief of the RVSN, the PERIMETER system was reactivated and is on combat readiness. As of January 1, 2007, the Russian Strategic Forces had 741 delivery vehicles with 3,821 nuclear warheads in their inventory. According to SVN-3, Russia should have 800 carriers and 1,500 nuclear warheads. Since then, the forces have modernized their forces and introduced new heavy missiles, the Voyvoda,Topol, JARS, and in 2018-20 they are introducing Sarmat heavy missiles with hypersonic warheads that do not fly on a ballistic trajectory and so cannot be shot down by current means. The time from launch to hitting the target zone anywhere on the globe has been reduced to about 25 minutes. All of these assets are integrated into the PERIMETR system.As part of its own defence against adversary hypersonic assets, the S-500 air and missile defence system is being developed and deployed, capable of engaging targets in near space, up to 200km altitude. It can intercept up to 10 targets flying at speeds of 18 000km/h to 25 000km/h and can engage them simultaneously. Its radar has a range of up to 3,500km for aircraft and 1,300km for stealth targets with a reflection area of up to 0.1m2, with an effective combat radius of about 600km.

In any case, the PERIMETER system, together with advanced air defences and aerospace forces, guarantees that Russia will not be directly attacked by any state.

P.S: is the world ready for the launch of PERIMETER? Do those who constantly pressure Russia and want to strip it of its pride realize what threatens the planet and humanity? The whole system has been designed and launched to make nuclear war meaningless, because it is known in advance that there will be NO winner! 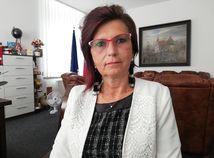 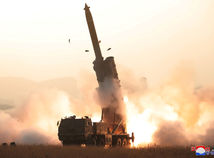 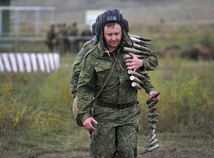 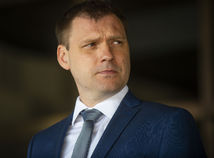